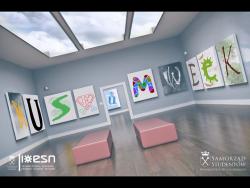 Are you ready for the biggest cultural event of this semester? Would you like to visit the greatest museums of Cracow almost for FREE? Do you want to broaden your horizons and get to know more about Polish culture? Are you really into history, art or widely understood culture?

If any of your answers is YES, this event is perfect for you!
We are glad to announce Museum Week! One week - different museum every day! Everyone can find something for themselves and the real cultural freaks will get to visit the most popular spots on Cracow’s cultural map!

Registration will start soon, stay tuned for more info and remember that the number of places is limited!

During the Second World War it was the only pharmacy on the territory of the Jewish Ghetto. But it seemed to be much more. It was the place where the greatest Jewish artists and scientists were meeting in secret. This incredible place will help you understand the diversity of Jewish culture and their importance in Polish history.

Did you know that there is a city under the city? Cracow's Main Square is an unusual place. Delineated in the middle of the XIII century, it became the principal public area of the city. Unchanged through centuries, today it is the heart of Cracow. But in order to see how it looked like in the late Middle Ages, in the time when Mikolaj Kopernik was walking the ground - one needs to go underground. If you are interested in getting to know some history about your new city, you will love it!

The closest to 1940s Cracow you can ever get. One man saved over 1200 lives. Then who was he? Do you want to feel like a witness of the wartime in Cracow and get to know the truth about Oscar Schindler yourself? Imagine walking among the city’s inhabitants, entering over-populated apartments in the ghetto and seeing the horror of being imprisoned and interrogated. Schindler’s Factory is the best historical museum in Poland and an amazing journey through time. You can see there how the war destroyed lives of individuals and masses.

The Sukiennice (Cloth Hall) is a large market hall built in the 13th century in the middle of the Market Square, extended in the 14th century in the Gothic style and remodelled in the mid-16th century after Renaissance fashion. Than it began to serve a representative function and became a venue for grand balls and patriotic celebrations. The exhibition in the Sukiennice presents the following periods in European culture: the Enlightenment, Romanticism, Realism, Polish Impressionism, Beginnings of Symbolism

We are offering English guide in every museum! Stay tuned so you don’t miss the registration – places are limited and you definitely don’t want to miss the biggest cultural event of the semester!