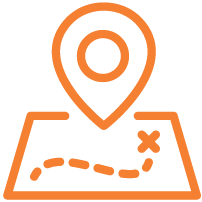 Under this concept there are many meanings. Culture includes many systems of values, works and goods. Sometimes it is characteristic for a given region, country or groups of people.

At ESN we try to promote culture through various activities - we organize meetings for international students, together we visit local restaurants, theaters and we meet at film nights. We also learn languages, we sit down together at the tables. We promote cities and universities in which we learn.

The European Union declared 2018 the European Year of Cultural Heritage. The objective of EYCH is cooperation for the protection, preservation, re-use, development and promotion of European heritage. And also to show the cultural heritage in all its diversity, material and not as the output of past generations, which strongly affects our present.

ESN program implemented as part of, among others Culture promotion is:
Mov'in Europe - www.esn.pl/en/movin-europe and movineurope.esn.org